MAKING A DIFFERENCE THROUGH FOREST GUARD 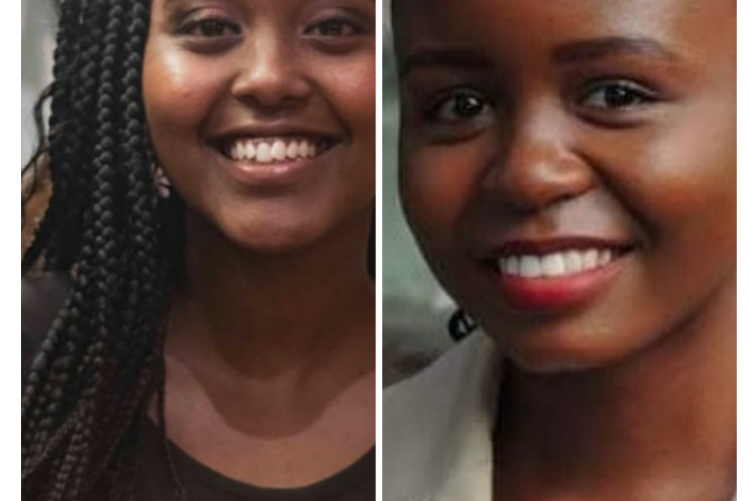 Two University of Nairobi students Christine Wambui Wanjau and Gloria Keya Kaleha were part of the creative force that won The 2021 Microsoft Student Hackathon competition. The four-member team created a rapid response deforestation sensor called Forest Guard powered by Microsoft Azure and IoT Technologies. Christine and Gloria are fourth year students majoring in Computer Science from the Department Science, Faculty of Science and Technology; The two teamed up with two other students Audrey Njenga from African Leadership University in Rwanda, and David Lutta from Jomo Kenyatta University of Agriculture and Technology to deliver the winning project. The team competed with twenty-two other students from different countries. The winners were also awarded Raspberry Pi Kits which will be shared among the universities to which will help students to get a chance to learn about Internet of Things.

The creative minds will have an opportunity to further their passion when they start working as fulltime software engineers at Microsoft Nairobi in 2022. The Microsoft garage will also open a new location in Nairobi which will further enable the engineers to continue with the hack culture using the technologies they will be creating at Microsoft.

Christine Wambui Wanjau and Gloria Keya Kaleha;  The twenty-one-year-olds Bachelor of Science in Computer Science major spoke candidly on the winning project and their experience at Microsoft.

When and how did you learn about the Microsoft Hackathon competition?

We learnt about the hackathon during our internship. Microsoft usually holds a global hackathon for Microsoft interns and their friends every year. We registered for it around August and the hackathon started in October.

What is the name of your winning project and how did you come up with the name?

Our project name is Forest Guard. One of our teammates suggested the name and we thought it would be perfect for the project since it is about protecting our forests.

What is forest guard?

How does forest guard work?

It works by collecting sound, temperature, humidity and smoke data from sensors placed in a forest and using that data to remotely determine whether illegal logging is taking place or there is a fire in the forest.

What inspired you to come up with this project?

We were given a few challenges to choose from in the hackathon. They include, hack for earth, hack for accessibility, ability hack and hack for education – democratizing AI and machine learning. We all had some interest in the Hack for Earth Challenge as well as IoT. After brainstorming, we settled on creating a solution to illegal logging. Climate change is an unfortunate reality, and deforestation is one of the contributors to it. We wanted to solve a problem that was widespread and relevant in Kenya.

Has this application been tested out in real time?

Not yet. We currently have a low fidelity prototype showing the proof of concept. We have tested it in a simulated environment and it is able to produce results. We are hoping to test it out in the forest soon.

How different is it from other sensors that are currently being used?

Forest Guard is able to detect both illegal logging and forest fires. Most of the sensors we have

come across have only been used to detect illegal logging. Currently, there are no such sensors in the market

How long did you work on the project?

The hackathon runs for one week. So we worked on the project for a week.

How did the 4 of you work as a team taking into consideration one is from a different institution and another from another country?

We met during our internships in Microsoft ADC, so it was easy coming together as a team because we were familiar with each other. We made use of online collaboration apps such as teams and google meets. We set meeting times when everyone was comfortable since we were balancing school work. We mostly made use of the weekend to really work on the project.

What would you say set your team apart from the other competitors?

The moderators in charge of the hackathon told us how we implemented our solution is what made us stand out from the rest of the competitors. We convert sounds picked up from the forest to a spectrogram, then we go ahead and use Azure Cognitive Services (image classifier) to classify our spectrograms and determine whether there is illegal logging.

What lead to the success of the team winning?

Our team dynamic was the key to our success. Everyone played their part well and we were willing to help one another whenever we got stuck. We determined roles based on everyone’s prior experience with various technologies. For the technologies that none of us was familiar with, we would all research them and present our findings during our daily standup meetings.

What challenges did you encounter working on the project?

I would say time. We were only given one week to work on the project. There was a lot we wanted to do for example, making use of solar power energy in the forest and coming up with both an app and website for our users who are going to use forest guard.

What is your end goal for Forest Guard? /what do you want to achieve with this project?

Our end goal would be for Forest Guard to be used to protect our forests in Kenya. It would be ideal if the government bought into the idea.

We won 6 Raspberry Pi kits which are going to be shared between our universities so that other students can get a chance to learn about Internet of Things. We also got to consult with the Microsoft Garage team on the next steps of our project.

What has been your experience working under Microsoft umbrella?

Christine: It has been a good experience. I have learned a lot of new things. I got to learn   about new technologies and how to use them. I also got to network with other Software Engineers. Microsoft’s culture has taught me to have a growth mindset which means seeing opportunities as challenges and always being ready to learn.

Gloria: I have had an amazing experience with Microsoft. From working as an intern in the company I not only had the privilege to work with some of the best minds in the country but also learnt valuable skills such as being a team player and accommodating people from diverse backgrounds.

How did you juggle books and working on the project?

During the weekdays, we set our meeting times in the evening since we had school during the day and made use of the weekend to do most of the work.

Where did your interest for hacking begin?

Gloria: My interest in hacking began in high school upon joining an all-girls’ hackathon called Technovation.

Have you worked on other major project (s)?

We are both working on Rada in conjunction with UNESCO and various universities in Kenya.  RADA Mobile Application is an innovative digital platform developed by UoN students with technical support from UNESCO to address the myriad of challenges faced by young people and to promote health and wellbeing using IT.

What’s next after completing your course at the university?

We plan on staying in touch and continue our work on Forest Guard after graduation and even into our careers at Microsoft. We would really like to see this become a real product. We plan on doing a lot of research on ways to improve and refine our product.

Any advice to the continuing students

Christine: Put yourself out there. Participate in hackathons and take up simple projects. You will learn more by working practically.

Gloria: Be proactive. Take every opportunity that comes your way

Gloria:  Don’t give up trying to do what you really want to do. Where there is love and inspiration, I don’t think you can go wrong.

Congratulations to the winning team!!!

The Nairobi Innovation Week 2022 is here with us!

© University of Nairobi 2021.  All rights Reserved.